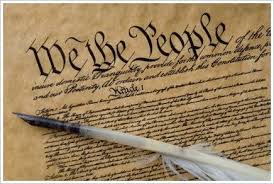 The following is a draft letter I have written to my congressman, Rep. Ted Lieu. Any suggested additions/improvements?

I am writing to urge you to introduce articles of impeachment for the immediate impeachment of Donald Trump upon his inauguration on 20 January. Donald Trump is manifestly unfit to be president of the United States. By any reasonable standard, the actions of Donald Trump already have far exceeded the level of unfitness for which Republicans tried to impeach Bill Clinton in 1998. Specifically, Donald Trump has committed the following High Crimes and Misdemeanors:

1. He perpetrated a criminal fraud against the vulnerable people citizens who enrolled in Trump University, making demonstrably false statements to lure them into what he clearly knew was a fraud. He settled the civil case out of court, but this in no way excused him from being accountable to the American people for his criminal behavior.

2. He has criminally defrauded many contractors at his real estate projects, refusing to pay for work completed as agreed.

4. He lied to the American public dozens of times during the presidential campaign. These lies are both numerous and well-documented.

5. He has failed to take the essential step of creating a blind trust and putting all of his assets into it, thus guaranteeing that he will have countless conflicts of interest. When confronted about this, he claimed “the President can’t have a conflict of interest.” This is simply not true, and represents corruption of the basest kind.

6. He has claimed his children will run his businesses while he is president, but has involved then directly in presidential affairs, thus eliminating any possibility that their conflicts of interests can be mitigated other than by a blind trust, as required by both practical necessity and historical precedent.

7. He openly solicited foreign diplomats to stay at his Trump hotel in Washington, D.C. after becoming the President-Elect.

8. He has failed to disclose his tax returns (despite having promised to do so). Without disclosure of his taxes, there is no way for the American public to know all of the potential conflicts of interest he has. This creates an intolerable atmosphere of corruption in the White House.

9. Donald Trump was materially aided by Russian covert interference in the presidential election. Rather than admit this, he has repeatedly dismissed the joint conclusion of all branches of the intelligence services of the United States government.

10. With what is already publicly known about Trump’s Russian business connections, it is clear that his business ties may have had an influence on the Russian desire to see him elected. Without full disclosure of his taxes, the public cannot have confidence in his acting in the American interest specifically in dealings with Russia.

The Congress should subpoena and publicly release Trump’s taxes as a first step in the impeachment proceedings.